On June 27, 2012 by johnDavidson With 0 Comments - Uncategorized

Stuff in this Blog:

As is usually the case, time has been my enemy: I just can’t seem to find enough of it to submit as often as needed to keep this blog updated.

Oh well, here at last is an attempt to do this. A short one, but some words nevertheless. And yes, a busy time it has been. Classes to teachand prepare for,at Durham College, various photo shooting assignments, some volunteer work and general image seeking.

Actually, this fall will be exciting at the college, as I have been working on a new course to be delivered to our third semester full-time photo students. The real challenge will be keeping them interested and engaged three hours weekly for 14 weeks!

Two events that I hope you might have a chance to visit (or, pass on the info to your friends and have them visit). I will be set up to sell images at the following two venues this summer.
I enjoyed this very much last summer: Yikes the first one is this coming weekend!
Cobourg Waterfront Festival: June 30-July 2, 2012
Art, crafts, Canada Day parades, celebrations, pubs, sailboats and more.
10:00am to 6:00pm daily
This next one has become a recurring favourite of mine. This year marks the 35th Anniversary edition of Buckhorn. Great show, fabulous art and a cultural gem held in the heart of the Kawarthas!

Florida: Winter
I couldn’t resist taking a trip to Florida over the winter.
Here are a couple of images from that trip. 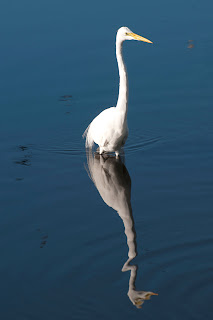 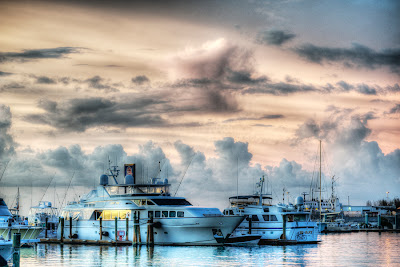 Quebec/ Gaspé: June 2012
Le Bic
On this trip to Quebec I wanted to bypass Montreal and head out on the St. Lawrence shore as far as I could. Eventually, this solo ride took me all the way to the far side of the Gaspé Penninsula and Percé.
As usual I rented a vehicle – mostly to have room for my photo kit, food and camping gear. This brand new Impala (yeah, I know, not my choice either) had room for all this and more. So for the most part I camped and with the exception of a few bad weather nights, this turned out quite well. Not that bad weather is a big problem; I actually enjoy shooting and camping in rainy cooler conditions than the hot sunny days that most others seem to hope for. But I will say that my second night in Le Bic was a bit wild. Le Bic is a provincial park 50 km west of Rimouski on the south St Lawrence shore. As I set up my tent to prepare for an evening of rest, food and evening light to capture, I was suddenly aware that my ears, nose and eyes were under attack from the largest swarm of blackflies ever assembled. No time to think, or put on DEET, I knew I had to get that tent up and fast. Once done, I realized I was staying in for the night:  No dinner, no shooting – just escape to the tent where the hungry little bloodsuckers couldn’t get me. Thankfully, today’s tents really do keep insects outside.
But tents don’t keep high winds from making things uncomfortable.
It started at around 11pm that same night.
Lying comfortably (at long last the scratching had eased the irritation, or at least I imagined it had) inside my sleeping bag, I heard the noise. Not really loud, but noticeable. Wind. Oh well, I’ll sleep through it. Twenty minutes later it became very loud and powerful. I awoke to the sound of thunder and a tent about ready to take off. Indeed it did just that. I felt the fly and all the pegs come loose. Were I not inside it would have completely blown into the St. Lawrence. Somehow I found the door zipper and went outside. It was a spectacular thunder and lightning show all around me.
Hanging onto the still partly attached fly and the rest of the tent – as if it were a sail in a hurricane – it began to rain. It rained buckets. I was soaked within seconds. By 1pm I managed to stuff all the wet gear in the trunk of the Impala and, with a dry towel, I somehow slept in the passenger seat.
I hadn’t realized how far north I had travelled. Sure I had driven east a long way but it was a surprise when it was light outside by 3:40am! Naturally that was it for my sleep as I was awake, tired and pretty much done with Le Bic. This was my second night in Quebec.
Percé
The second leg of the journey was largely uneventful until I arrived in Percé.
Percé is the one place that I had on my agenda. Bonaventure Island, a short boat ride away, was high on my list. Bonaventure: Only four square kilometres, an interesting history and most importantly, home to the largest colony of Northern Gannets anywhere. It didn’t disappoint. The roughly three-kilometer hike up to the north side was worth it. The birds are beautiful, plentiful (200,000 plus), noisy, entertaining and huge (wingspans of two metres).

To see these birds up close is a wonderful experience. In the meantime I hope you enjoy viewing these images. 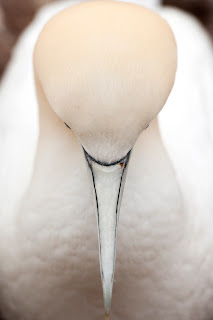 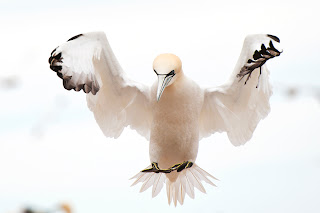 More
I love Quebec City. Always have. It is old, romantic, charming, has beautiful architecture, rich art and culture, interesting people and restaurants. Had a great evening in a bar called Pape George located in a 300-year-old stone building. The girls who worked there, Crystal and Dominiques were friendly and fun and in the midst of all this French culture, were hip enough to play Radiohead’s OK Computer in its entirety. As they said to mein their beautifully accented English, “music is its own language”. Later that evening a brilliant guitarist/songwriter called Clude Lepine played a set of covers and original work. Surprisingly most of his covers were in English.

Rural Quebec is so beautiful and seemingly endless. I drove over 4,000 kilometres. A good portion of this was on much less travelled side roads. 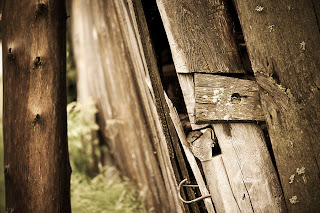 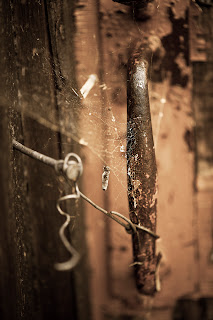 Photo Speak
Some words about the photos: Yes, a few of them are technical – I reckon that’s the geek in me. But gosh, I love photography – all of it. The image, shooting the image, how I shot the image and (oh dear) the gear used to shoot the images. And now that I don’t use the darkroom so much, even the post-production is in its own way fun as well.
It is commonly believed that the use of a tele-converter (an expensive optical device that effectively lengthens the focal length of the lenses it is attached to) actually diffuses, or weakens, the sharpness of any lens. The higher the magnification (a factor of 2 or 3 times) will do this more so than, say a converter of 1.4 times. Some even suggest that any tele-converter is a bad thing.
Being more conservative, I have a 1.4 converter, which effectively turned my gorgeous 70-200mm Nikon f/2.8 VRll into an (approximate) 100-280mm lens. I only lose one f stop, so my lens is still capable of shooting at a still reasonably fast f/4. My main camera is a full frame Nikon D700, but when I put this lens combination on my smaller sensor D300 it adds an additional factor of 1.5 onto the focal length! This ups my reach to 150-420mm, which it turns out, is a very nice focal length for shooting the Gannets seen here. I have spoken to other people who regularly use the Nikon TC-1.4 with little or no degradation in image quality. Whenever possible I attempted to shoot at f/5.6, but to get the highest shutter speeds possible I sometimes had no choice but to shoot wide open.
On another note I have recently been chomping at the bit to get my hands on one of the new wonders of the world (photographically speaking). Yes, there is a crop of new mirror-less cameras that I predict will become the biggest thing in photography since the wedding between the DSLR and the Macintosh computer. These cameras are cool, light, precise, vibration free (well, at least less so than a DSLR – no mirror) and most will have a large array of interchangeable lenses in the very near future. Some, the 4/3 sensor sized group, such as the Olympus, have a number of very sharp, fast lenses available now. My friend Trevor has and loves this. The new Fuji X-Pro 1 has three lenses to date – with more on the horizon. This camera is turning heads everywhere.
But I must say I am most intrigued with the Sony flagship mirror-less camera most of all. At $1400 CDN the Sony Nex 7 is not cheap, but is less than the Fuji, comes with an 18-55mm f/3.5-5.6 kit lens (with several others available and more on the way).
Just a few of the things about this camera that have my attention are:
• Interchangeable lenses AND mounts – which will accept virtually any lens. Yes, this means your old Pentax, Canon, Leica, Nikon lenses will work with the right adaptor.
• beautifully designed ergonomic controls for every camera function
• high shutter speeds, high shooting rates (ten frames per second!)
• APS-C CMOS sensor with a resolution of 24 megapixels
• 1080 60i/p in HD movie mode, external microphone input
• gorgeous black finish and a whole lot more
I cannot give a review of this camera as I do not, as yet, own one. I have played with it in the store. The temptation to take one home drove me nuts. Almost did it too. Perhaps I will in a couple of months.
The one thing I did not mention above is the size of the Sony Nex 7’s body. Think iPhone with a comfortable handgrip! All that precise responsive quality in a package so small is simply amazing. How cool to travel with such a camera body and lighten the load at the same time. Very soon, stores will be full of mirror-less cameras with large sensors.

The iPhone as a photographic tool
Speaking of the iPhone, I had some fun the other day using it as a creative tool. How fun to shoot square images with the Hipstamatic application. Vivid images drenched in rich colours and a hip look. Combine this with a good printer and high quality mattes and you’ve got some saleable images – I hope. There will be a few on display at Cobourg this weekend and again in Buckhorn. Some samples here from The Beach iPhone series: 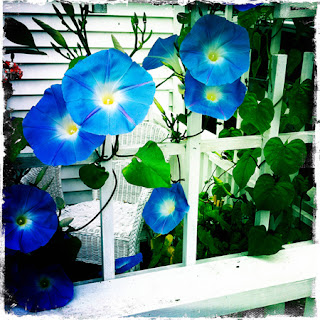 Music
The Rex
As always I love promoting The Rex Hotel. I cannot say enough good things about this, my favourite music venue in Toronto. Located steps away from the subway at University and Queen, this place offers the best in jazz with bands from near and far with many surprises thrown in. All wrapped in a cozy atmosphere where the regulars and tourists feel equally at home.

http://www.therex.ca/
Beaches Jazz Festival
Less than a month away is the one musical happening that I feel is the best that Toronto has to offer. It certainly needs no promotion from here as the crowds clearly show its popularity. Every year I attend this and each time I am so happy I did. Music in the streets and it’s free. Concerts in Kew Gardens are also free. Food, fun, boardwalk and happy crowds – what more to ask for? A great event that all the family can enjoy.
July 20-29th. 24th season. The Beach, Queen Street East, Toronto.
http://www.beachesjazz.com/
House of Not
Speaking of music, my friends in House of Not have just this month released their follow up album: The Walkabout Part III: On the Madness of Crowds. Terrific music from this largely guitar and keyboard based progressive rock group. Their sound is big, complex; their music a continuing journey.
Here is a link to House of Not’s site:

OK. So there are some new words and pictures.
Thanks for looking.
John