On August 11, 2013 by johnDavidson With 0 Comments - Uncategorized 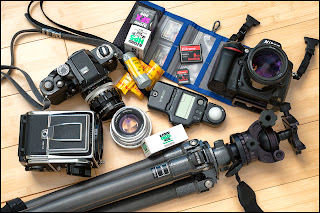 Stuff in this Blog

Beginning in 2014, I hope to market and sell at more venues. At this point I’m not sure how many, but perhaps six exhibits and shows per year. Why? Well, in a nutshell, I guess cuz I want to sell more stuff!
In the meantime I have one coming up next weekend in Buckhorn and it is for sure one of my favourite places in which to participate. If you can, plan to attend the Art Festival for a day trip, or vacation. While in the region, come and enjoy the many attractions the Kawarthas has to offer.
Buckhorn Fine Arts Festival: August 16-18, 2013
DATES & TIMES
August 16 – 18, 2013
Friday, August 16: Preview Night Garden Party 7-10pm,
Saturday, August 17: 10 am-5 pm,
Sunday, August 18: 10 am – 5 pm
ENTRANCE PRICES
Admission Friday: $25 good for re-entry all weekend.
Saturday & Sunday: Adults: $7.00 Children under 12 free.
Art is available for purchase using Mastercard, VISA, Interac (debit) and Cash.
http://buckhornfineart.com

This subheading might be a bit misleading. Sometimes the mere mention of “film” is cause for concern among the legions of digital pixel counters.
Yet film has never really been far away. Each time I need to look at an older original image, it usually means film must be scanned. Among the thousands of 35mm and 120 negatives that I have filed away are many images that are only available in an “analogue” form.  That is, not as yet scanned. As a result, many times they need to be digitized.  There is no getting around the fact that good scanning techniques require lots of patience and leave people such as myself longing for the highest quality scanners money can buy to achieve maximum sharpness and Dmax (the scanner’s ability to pull details from shadow areas – cleanly).
But what is really meant by revisiting film is, well, actually shooting with it. I have done so recently and it is my intent to shoot it whenever time and conditions allow. Why? Well, there is truly something to say for the process of loading it into one’s camera and exposing it by experience, or with a light meter. No screen or histogram to view, just expose properly and enjoy the whole process. I still get excited once the film has been fixed and is safe to be inspected. Holding those negs up to light is the reward of the process.
Besides, the constant marketing crap that goes with the “need” to create and jam in more and more “mega pickles” into sensors every few months becomes tiresome and expensive. Yes I have full frame sensors in my Nikons. But older Hasselblad, Mamiya and other cameras continue to work beautifully with the same old Tri-X and HP5 – regardless of new inventions. There’s still film stored away in the fridge, but both black and white and colour film may be purchased at Henry’s, Vistek and other shops (hey, I just picked some up yesterday). It can be ordered from many outlets both in Canada and the U.S. (all over the world actually).
Many pro outlets carry both 35mm and 120 formats, as well as sheet films.

In the photo below, notice the cropping capabilities afforded by the square format of the Hasselblad camera. Slows you down and allows time to make one exposure…all that is required.

Does this digital photograph suffer when compared with the above film version? Well, hard to tell in images reproduced for web viewing. To me (as stated above), there is a completely different, deliberate and obviously slower process with film. Plus – I confess – I love a certain amount of grain.

I have photographer friends, Mark and Scott, who work almost exclusively with sheet films in their vintage wooden Gandolfi and Speed Graphic cameras. I’m happy to say that a former student, Susan, has taken this a step further and creates tintypes and collodion prints. Another friend, Steve, uses a homemade pinhole/Hasselblad film camera to create many of his pictures.

Yes there is a difference in the appearance of the finished photographs. Film just looks different. It has a lovely granular structure that simply appeals to me. Yet I am in no way putting down digital – after all most of my images are shot this way and I have lived on my Mac processing them for many years. But there is just a pleasing, tactile feeling to film that, as a photographer, I miss greatly.
Then again, film is a tool and only part of the process; in many ways not unlike the tools required to record a digital image. I suppose that the bottom line is; what does it really matter which format creates the image?
I’ll confess this much though: I doubt that my film camera could ever achieve the low light reach that the full frame sensor on my Nikon digital with a film camera provides. In this photograph of Toronto pianist/vocalist Kathryn Merriam, an exposure rating of ISO1600 was used. Yes, I could of shot it on film, but it wouldn’t have held together as well as this digital version.
But this argument of film vs. digital is as silly as a debate over watercolour vs. oil in painting.
They both have their place. In the end, a photograph can have an aesthetic and lasting appeal regardlessof the choice of recording method. And yes, an archivally processed digital print WILL last.
Besides, it makes far more sense to have a photographic debate based around lenses.

Still on the topic of film…since my last post, I decided to send Joni’s website an image that I shot many years ago. They promptly asked me if they could use it and asked if I had others. There are now 12 photos of mine on Joni Mitchell’s web site. I know!
Gotta love Tri-X.
I could drink a case of you. – Joni Mitchell
Please check them out here:
http://jonimitchell.com/chronology/detail.cfm?id=1329

The lineup of artists and the festival in general require many talented people to undertake and organize. It is always well attended and there seem to be so few glitches, or crowd issues. I suppose in addition to the remarkable organizational efforts, it is a testament to the jazz crowd in general. The atmosphere of that festival is very special.

Well I sure hadn’t anticipated the results of submitting several jazz images to the 2013 Beaches International Jazz Festival’s Annual Juried Photography Exhibition. I am grateful for the responses to this. Thanks to my dear friend, educator, gallery curator and photographer, Charlotte Hale, even Durham College (where I am privileged to teach a number of courses) has communicated this info.

http://www.durhamcollege.ca/new-notable/dc-highlights/dc-professor-wins-photography-exhibition
There were many great photos. Here is a link to the other entries:
http://www.flickr.com/photos/beachesjazz_jazzinmotion/collections/
This year, as a perk for placing first, I was backstage for the 2013 version at the festival. Saw some great musicians perform and managed to capture the best of a few.
I never tire of hearing The Shuffle Demons. Seeing them perform here was even fresher and more fun than ever. The Shuffle Demons are simply a killer, edgy, fun, jazz/funk band, with enormous musical talent. Get out of my house!

Here are just a few shots starting with the Shuffle Demons:

Love the country and wilderness, but sometimes just walking around the city with a camera provides inspiration and many shooting opportunities. This is especially so late in the day, when light bounces around the buildings, illuminating subjects with gorgeous light.  Hey, photography is always all about light and light quality! And the more buildings, the more fantastic light can be found.
Here are a few city images shot recently of both buildings and people.

I will be teaching three in Photography and Digital Editing and one History of Photography course this semester. Am I prepared? Well, once the Buckhorn show is over next weekend I will get at it.
What else? A new FB photo page is in the works and an entire new web site page too. There will a couple of other photo business opportunities on the horizon as well… but now back to meeting deadlines. Thanks so much for looking at these rambling words and pictures.